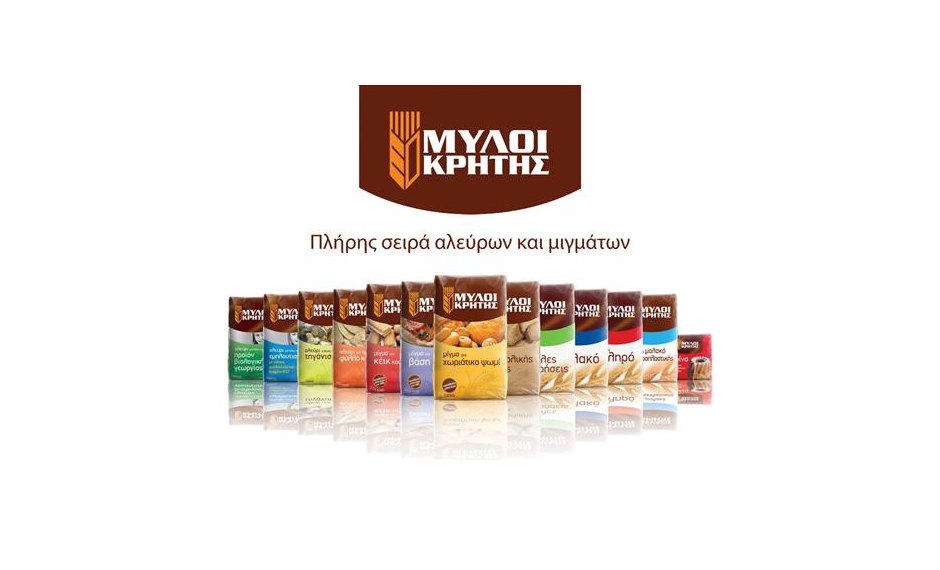 In 1975 the company commnced the production of animal feed in a new factory next to the flour mill, in order to address the needs of the stock breeders in Crete island. Until today the company has covered important course and development in the technological methods that are used and also in the qualitative improvement and the specialization in Animal Feed, that all emanate exclusively from pure plant raw material, not genetically modified. In 1995, in the same factory, a new line of production was installed aiming at improved Animal Feed, applying the revolutionary method of special thermic treatment, Expander. From 2001, the specialization in Animal Feed that would correspond in the needs of cattle-breeders of the island but also in the new reality that has been shaped, led the company to the production of Animal Feed emanating exclusively from raw material not genetically modified.  Raw material are accompanied by corresponding certificates that fill specific terms, and are certified by the MAICH - Mediterranean Agronomic Institute Chanias - and by the research laboratories of University Thessalonica.

In 1998 the MILLS OF CRETE created the company KRIARAS SA, in Malades (Irakleion), aiming at the production and marketing of qualitative Cheese products with emphasis in the traditional Cretan Graviera. In 2002 the company entered in the production and distribution of Fresh Goat's Milk, in two types, complete and light. The milk emanated exclusively from goats, that were given born and raised in Crete. In 2002, the company “Kriaras” acquired the commercial name Vero Cretan, under which all kind of Cheeses (Cretan Graviera, Feta Chesse, Anthotyros, Xinomyzithra, Ntakotyri - Pichtogalo of Chanias, etc.), traditional Yoghurt and Fresh Goat's Milk were produced and distributed .

The company MILLS OF CRETE develops its activities in the market of Crete with seat in Chania and branch in Irakleion, but also extends beyond Crete having branches in Athens, Thessalonica and Rhodes. In the sales network, specialized food technologists - salesmen are recruited, who provide technical support. Experienced scientific personnel in completely equipped laboratories controls raw material and the produced final products, studies the latest developments and adapts taking into account the needs of the market.

Today, MILLS OF CRETE is among the biggest companies in Crete and the most important mills in Greece, with daily milling capacity of 450 tons of wheat and animal feed production capacity of 500 tons per day.

The modern techniques and technology used led to the production of a wide variety of flours for any usage that cover the current requirements of bread making and pastry making. Today for the needs of Professional customers are produced more from 300 types of flours. At the same time, the company's experts can develop with the customers, mixtures of flours exclusively for them.

The exemplary way of operation of MILLS OF CRETE in the whole spectrum of activities concerned with Research and Development, Production and Marketing of products, was recognized by ELOT and the company was awarded the Certificate of Guarantee of Quality ELOT (ISO 9001).